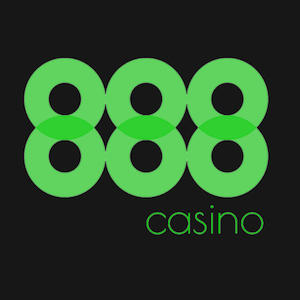 One of the top casino operators in the United Kingdom is looking to make big moves in the industry and broaden their footprint across the globe. 888 Holdings has recently announced two major new deals that will do just that. The first is an extended sponsorship agreement with the New York Jets – one of the top team in the National Football League (NFL) in the USA. This deal should see the brand get major airtime across the US.

The second deal that was recently announced is for a new content supplier within the UK. GreenTube develops casino games that are highly sought after due to their interactive play and innovative designs. These new games should bolster the offerings of 888 Holdings in the United Kingdom and impress their loyal players.

888 Holdings is not just an operator within the United Kingdom. They have many interests across the world and have been looking for ways to raise their profile in some of the markets they have recently entered. A sponsorship deal with one of the top NFL teams in the USA is a sure-fire way to garner attention across the country.

Their agreement with the New York Jets has recently been extended, meaning the brand will continue to be seen around the grounds of every home game for the team. That’s eight matches in total for the regular season, with a viewership of millions. Spectators at the matches and those watching on television will certainly get to know the brand name of 888casino.com. The MetLife Stadium, home to the New York Jets, has a capacity of 82 000.

A little closer to home, 888 Holdings has been focusing on cementing their already well-established footprint in the UK. This means looking for the best content providers they can find. The most recent deal for new content is with GreenTube. These developers already have an established reputation in the UK market thanks to their connection with Novomatic and their land-based casinos. Knowledge of the UK market is part of why 888 Holdings was so interested in the partnership, according to a statement made by Guy Cohen, 888 Holdings’ SVP of B2C. It will serve to make integrating their content a more seamless process.

The deal is apparently for more than just distribution across the UK. GreenTube’s content will also get rolled out across 888 Holdings’ international platforms. This is a major boost for GreenTube and their overall reach.