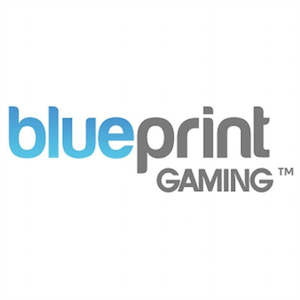 Trust Blueprint Gaming to impress yet again. The popular developer has just released its latest slot and judging by first impressions, Gods of Olympus Megaways is going to go down a true charm. Megaways is a concept that was developed and is owned by Big Time Gaming. The feature really ramps it up when it comes to making big wins possible and Blueprint was one of the first developers to have incorporated the special feature in its regular releases.

Gods of Olympus Megaways is a deity-packed win frenzy and there’s no shortage of wealth whenever the likes of Athena, Zeus and Poseidon appear on the reels. The slot is no ordinary spin-away either and makes provision for exciting modification options. The idea was obviously to grant more leeway to players in terms of adapting the features to better suit their own personal preferences.

A Game Fit For The Gods

Winning is bigger than big thanks to the inclusion of Megaways, as is evident from the 15,625 ways to win! The inclusion of more than one bonus round has proved popular with players all over the3 world, and Gods of Olympus Megaways certainly plays its part in this regard.

This also happens to be the element that developer Blueprint Gaming is most proud of. Director of Marketing and Relationships Jo Purvis, who happens to be, by his own admission, a passionate player in his own right, describes the inclusion of various bonus rounds to be a truly exciting aspect of Blueprint’s newest release.

Gameplay can chance in an instant, pointed out Purvis, and this ties in quite perfectly with the culture of super-power deities that reigns on the reels. Its not at all hard to think extreme wealth when given the opportunity to brush shoulders with the gods.

Slot Expected To Make An Impact

Jo Purvis furthermore said that the team at Blueprint is confident that the new slot will make a “thunderous” impact on the global gaming community, and when talking theme and bonus features, it’s most definitely not hard to see why.

The coming months following the release will reveal all, but Gods of Olympus Megaways is primed to be every bit as popular as previous Blueprint releases. Other popular Megaways Blueprint titles include Return of Kong Megaways and Tiki Treasures Megaways.